There’s a big sports complex, with fields and halls, next to a suburb in a big city. One of the sports practiced here is football (or soccer, if you like). At a given time, a group of kids are on their way to the sports complex, seemingly to play football. However, none of the kids have a sign on their bicycle that says what sport they’re going to play. The question is whether we can use some properties to determine whether these kids are going to play football or not.

A kid carrying a new football is probably going to play football, but there’s no way to be absolutely certain. For all we know, they bought the ball as a gift. Maybe they found the ball and are going to show it to their parents. The point to be made here is that possession of a football is not enough information to make a decision.

A boy in a track suit wearing football shoes isn’t a guarantee either. The same goes for a group of children with backpacks going to the sports complex together. There’s no way to guarantee whether or not a kid is going to play football until they walk onto the pitch.

None of the properties are deterministic

In practice it’s often necessary to know beforehand how many kids are going to play football. Because none of their properties are deterministic, and the same goes for any given combination of properties, we can’t use the decision tree method. We need a different method, one that can work with combinations of properties, which will give us the answers we seek. For situations like this, we can use a neural network.

A neural network, both in its structure and function, is an imitation of our own brains. To describe how neural networks function, first we’ll illuminate the problem of the kids playing football (or not) a bit more.

Neural networks and many other types of algorithms, AI, and machine learning are covered in this unique AI book: Data Science for Decision-Makers. Learn how to implement AI and algorithms into your organization's decision-making and improve performance across the board. Order this book now.
Go to Artificial Intelligence handbook

The problem solved by a neural network

To answer the question of who is going to play football, first we have to determine the possible factors that can influence the answer. None of these factors are completely deterministic by themselves, as we illustrated above. The possession of a football is no guarantee that the child in question will actually play football. At the same time, a child going to the sports complex with no equipment can definitely be a football player. In order to determine who’s going to do what beforehand, we need to do careful research. In order to do this research, we’ll establish some facts about the group of children who are on their way to the sports complex. 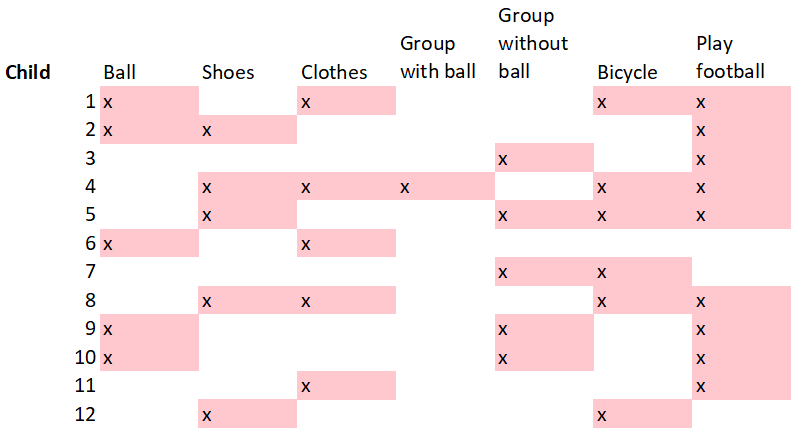 Table 1: effects of various factors on whether or not a child will play football

Inspecting the data of the first twelve kids leads to the following statements:

Based on this data, it seems possible to predict which of these 12 children if going to play football, and which aren’t. The question that follows is: how reliable is a prediction based on this data?

Comparing the prediction to reality

For the following four children we’ll compare the prediction with their actual behavior. Using this new data, it turns out that having shoes and clothing is not deterministic, nor is going with a group with a ball.

Table 2: Effects of various factors on whether or not a child will play football (column: really) in the sports complex based on the prediction (column: Idea)

The outcome is less obvious

The outcome of the predictions (predictive analytics) proves to be less obvious than expected, based on the first data set. To improve the prediction, we have several options:

1. Using more factors to determine the right answer. The question is which factors to add.

2. Analyzing the behavior of more subjects. There’s a good chance that this will make it harder to make accurate predictions. In the above example, adding four more children to the analysis disproved the earlier criteria thought to be accurate.

4. Basing the prediction on a weighted average of all factors. Taking this approach means using all the available data to arrive at an answer. The difficulty here is assigning the proper weight to each factor.

Computers excel at processing clearly defined data according to set protocols. One of the strengths of the human brain is its capacity of working with vague, incomplete data according to often poorly-defined methods. The reason for this difference is the way in which a neuron, the processing unit of the brains, processes the data.

How brains process information is very different from the way in which computers do. By using a neural network, a computer can simulate the functions of neurons. This means that in a neural network, the various data has to be given the proper weight to determine connections, just like neurons do in brains.

In practice there are two ways to do this:

The answer is always correct

The circumstances determine the strategy used when applying neural networks.

The three layers of a neural network

To illustrate the structure of a neural network’s learning process, we’ll take a simple neural network as an example. Just like in our brains, this network consists of three layers:

This example is about an adaptive, supervised network. At first, the weighting of the various connecting are equal. The threshold above which a neuron activates is also equal. By “feeding” the neural network a large amount of situations with known results, the weighting and the thresholds are altered automatically until the outcome is correct every time. As soon as the weighting and thresholds fall below a certain pre-determined value, the neural network is ready to be used.

The adaptive network from the example can grow further by giving it a refresher course every now and then. Feeding it a large amount of situations with known outcomes once again, like combinations where the neural network’s accuracy leaves something to be desired, can increase its accuracy.

The limitations of neural networks

Searching for patterns in photos

The trick is choosing applications that are suited to a neural network, like pattern detection. Neural networks can be used to great effect in facial recognition and detecting certain patterns in photos or film. Neural networks can also effectively detect uncommon diseases. Why? Because in many cases the information is incomplete and the symptoms that are tested for often overlap and are rarely complete.

Pros and cons of neural networks

All in all, neural networks have the following advantages:

In exchange for the following cons:

Want to get started with neural networks?

Feel free to contact us for a conversation with one of our neural network specialists. They would love to tell you more about the possibilities of Artificial Intelligence.

Do you also want to become a customer of ours? We are happy to help you with neural networks (3 pros and 4 cons of neural networks) or other things that will make you smarter.